Cleaning out a closet the other day, I came across my childhood Bear, Marts Bear or Martin’s Bear. It was in a lock tight plastic bag and labeled, Martin’s Bear. It was a gift from one of my father’s friends. His name was Martin as well. Marts Bear had a red corduroy vest and paws, yellow glass eyes and a black nose. He now is missing one eye, his nose and he looks to be suffering some type of skin condition where half his fur has fallen out. Yet through it all he still has his smile. He was one well loved and used Bear.

I took my bear out of the bag and brought him up to my nose and breathed deep. Musty for sure from years of being in that bag, but some primordial childhood smell permeated from the bear.

A doll, blanket, or other thing spontaneously chosen and used by a child to ease the anxiety of separation from his or her first external object, the mother, until the child has established an internal object, or mental representation of her, that provides a sense of security and comfort. [first described by British psychoanalyst Donald Winnicott (1896–1971)

Of course they are used for more than separation anxiety from one’s mother.

I always related to the “Peanuts” character Linus who sucked his thumb and carried his blanket with him. I referred to my blanket as “My Friend.” Maybe because my parents didn’t think it was going to be a “transitional object” and were afraid that I might end up like Linus, when an opportunity arose a plan was hatched. One night I threw up on my blanket. Unable to go back to sleep without my blanket, my mother cut the blanket in half so that I could go back to sleep.

My mother said that I had a thing about the satin edging on my blanket. I would run my fingers along the edge feeling the soft satin. As it began to wear and started to fall off, I would bring it to my mother crying, asking her to put it back on. As my mother said, “There was no sewing it back on.”

Painting by Barney Delabano of me at the age of 3

Like many families with little boys during the early 1960’s, we took a family trip to San Antonio to see the Alamo. The Alamo loomed large in childhood mythology when I was a boy growing up in Texas. The half blanket went along with me on the trip. Somewhere along the way, we stopped at a road side park to eat and go to the bathroom. When we got back into the car and somewhere down the road, I discovered that I had left my “Friend” back at the road side park. To pacify me, my mother concocted a story that a mother bird had found my blanket and made a nest for her babies. Amazingly that must have been enough to console me. Even more amazing, I didn’t mention it for the rest of the trip. When I got home I didn’t say anything about it until I woke up in the middle of the night and woke up my mother and told her I wanted my blanket. My mother told me that I was a big boy now and didn’t need it anymore. I went back to bed and she said she didn’t remember me ever asking about it again.

Maybe that was because I still had my bear which I kept close for a little while longer.

Thankfully my mother put what was left of that raggedy blanket into a mason jar. She gave me the enshrined blanket as a gift when I got married. Later I included what was left of my “Friend” into the piece “Family Portrait: 1963”. Here in the photo of that piece, which is in the Dallas Museum of Art’s collection, you can see me holding my blanket at the feet of my mother. So along with my father’s ashes, this piece contains my childhood “Friend”.

We have a wonderful tradition at St. John’s Episcopal School where I teach, where the lower school children are asked to bring new teddy bears to school. At a special chapel service the bears are blessed by our priest. After chapel the children line up to place the bears into the backseat of a police car. The police give them to children who are in the midst of some type of crisis.

So what was it for you? What “transitional object” brought you comfort and solace as a child?

Thank you to my mother, Barbara Delabano for keeping my Marts Bear and what was left of my blanket and for filling in some details for this story.

2 thoughts on “My Blanket and Bear” 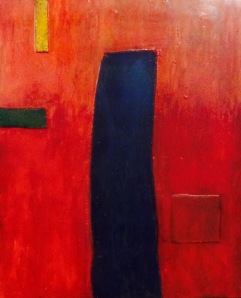 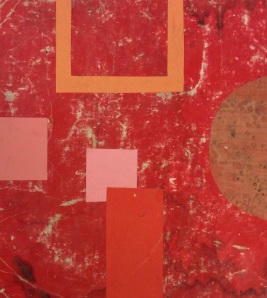 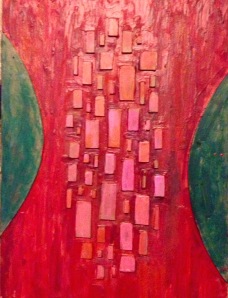 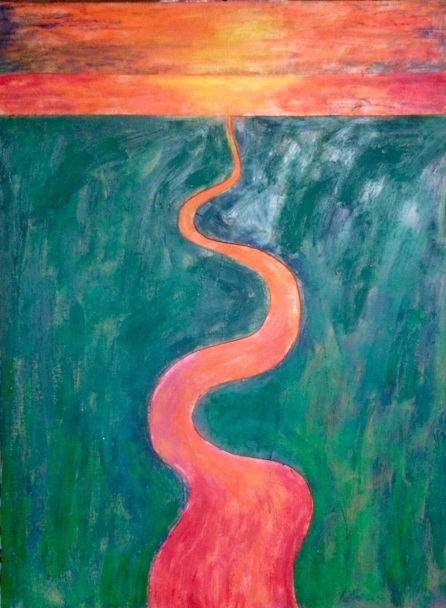 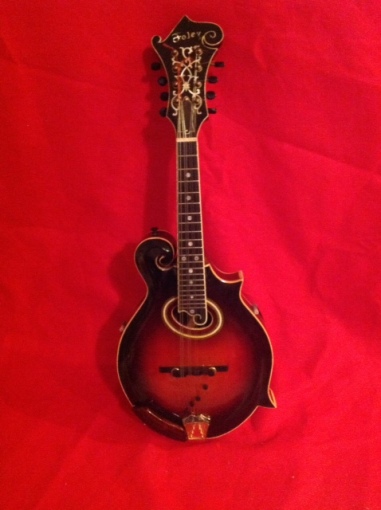 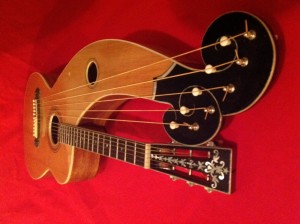 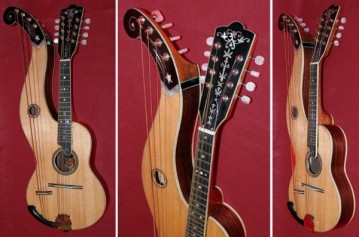